New version 1.7 of the most exhaustive fighting game about One Piece, adding the two new characters: Brook the musician skeleton and Ener, the former "God" of Skypiea. Chopper has also been added as an assistant. Whitebeard and Ace become hidden characters. Several attacks have been adjusted to make the fights even more nervous and exciting. 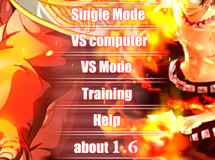